On July 29, 2005, personnel from the marketing division of NCDA & CS held a honeydew taste testing at the Raleigh Farmer’s Market in Raleigh, North Carolina. The survey consisted of five varieties of honeydew melons. All varieties were grown at the Cunningham Research Station in Kinston, North Carolina. People participating in the survey were asked gender, age, and number in household. They were then asked to rate the five varieties as to taste, sweetness, and overall ranking. Finally, they were asked if they had purchased honeydew melons in the past; and which, if any, of these melons from the test they would purchase.

Here within are the results of the survey. 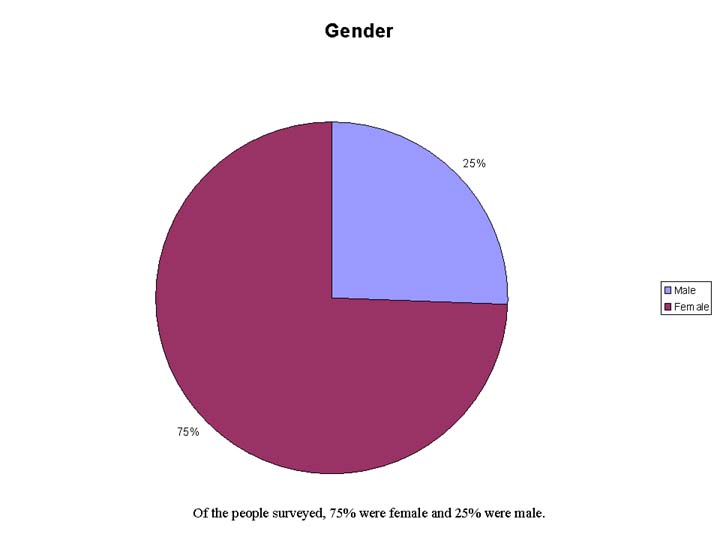 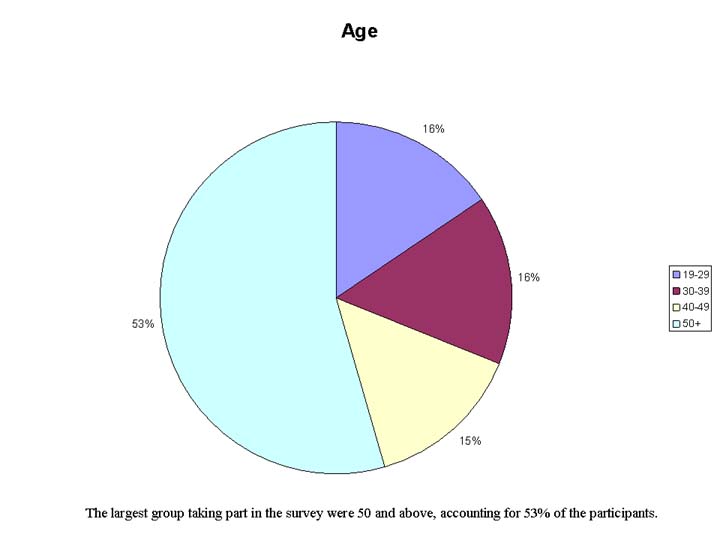 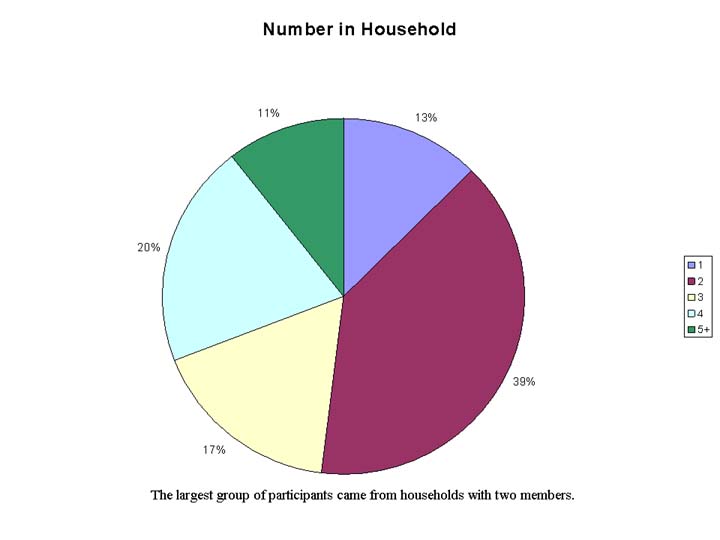 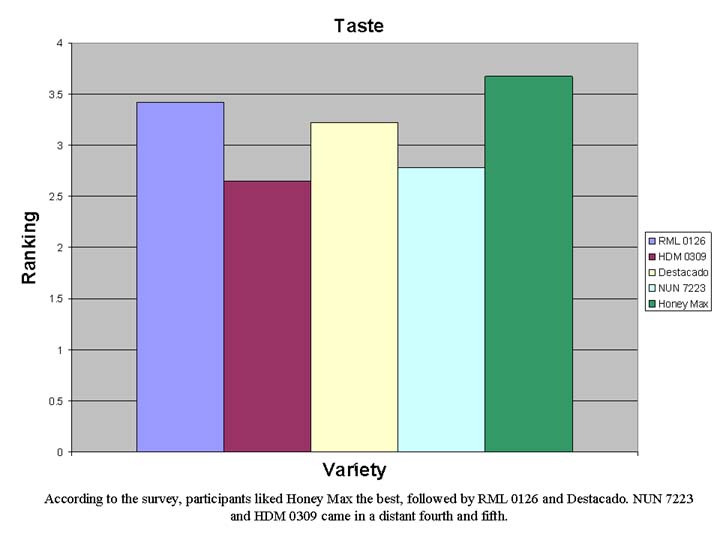 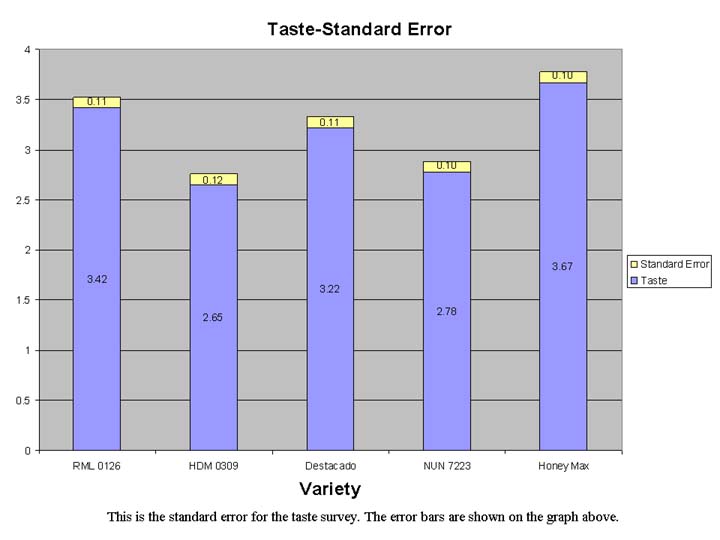 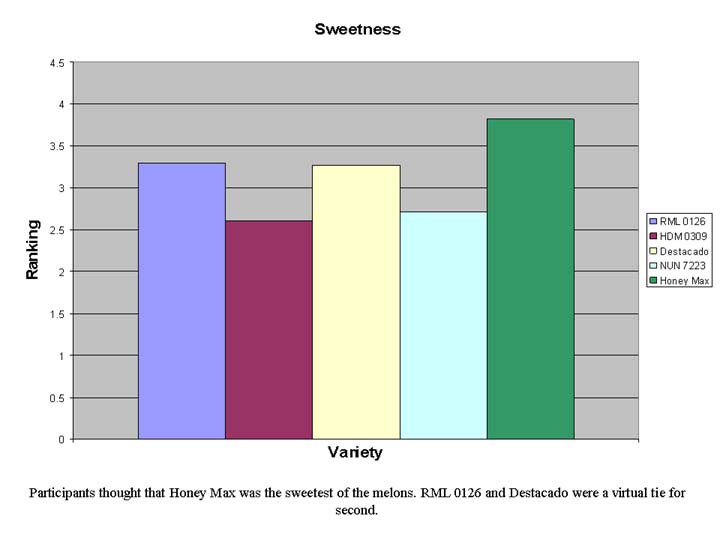 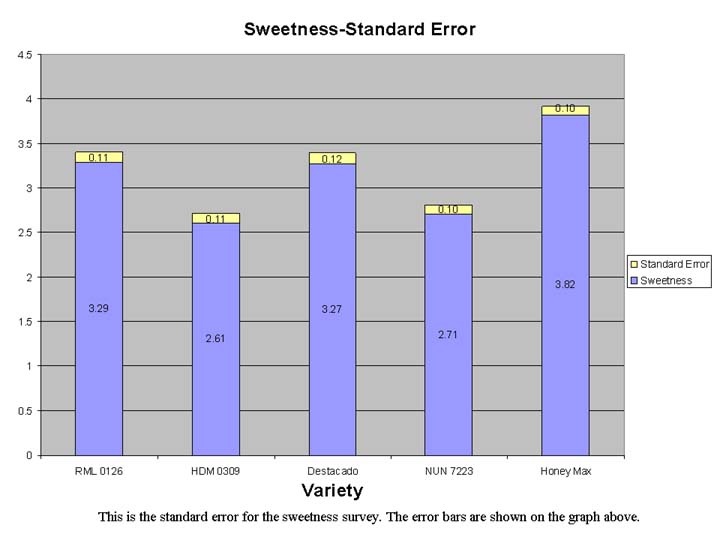 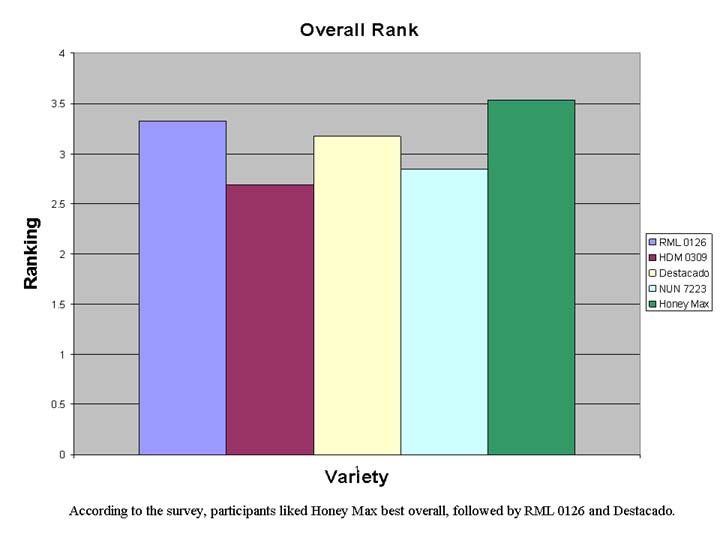 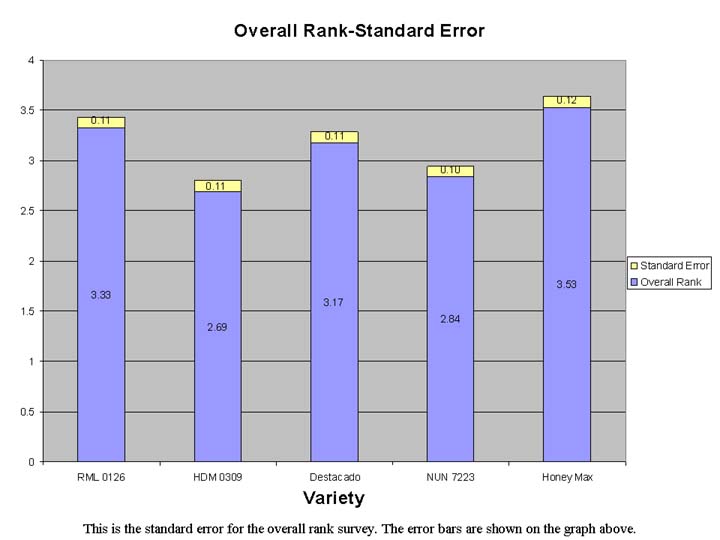 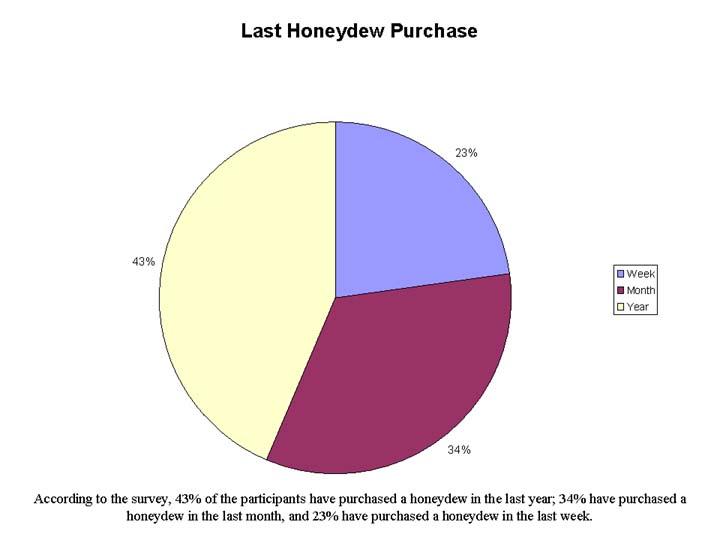 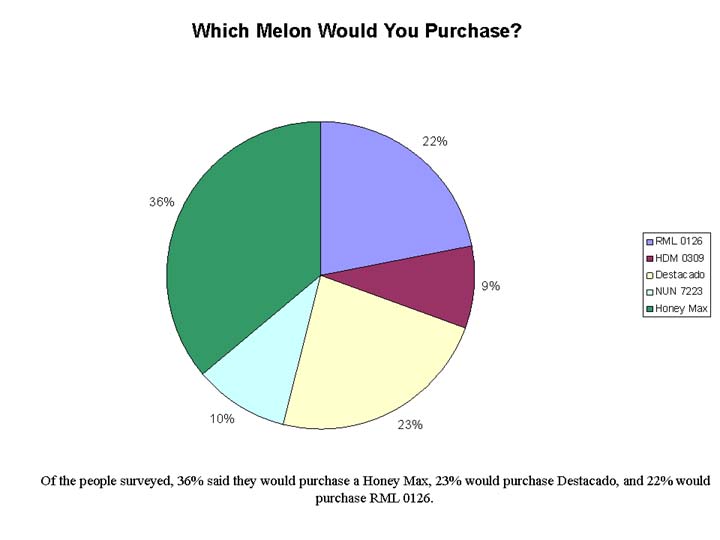