Data are being collected on growth stage, plant vigor, plant height, flowering date, number of flowers once every other week starting May 24, 2013. Any diseases, insects, or other abnormalities encountered were monitored and diagnosed. At the late bud/few flowers open stage, E. purpurea aerial parts were collected, weighed, dried, reweighed, and shipped to Nutrilite for phytochemical analysis in late June, 2013. At the end of the growing season in 2013, roots from the Year 2 plots of each species at each location were harvested, washed, weighed, dried, reweighed, and sent to Nutrilite for phytochemical analysis. The harvests would have been impossible without the amazing help we received from the crews at the Reidsville and Mills River stations. 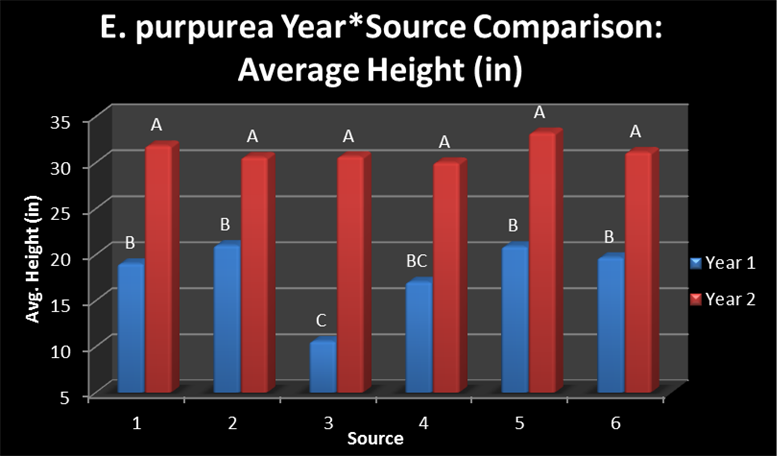 Top and Root Dry weight: There was no significant difference in E. purpurea top dry weight between growing locations or among plant sources. Harvest year, however, significantly (P<0.01) affected top dry weight. Plants harvested from the 2013 growing season produced more aerial biomass than plants harvested from 2012 (Figure 2). Dry root weight was also not affected by location (P=0.2548). However, year and the interaction between year and source showed that plants harvested in 2013 produced more roots than their 2012 counterparts. The interaction between year and source revealed that source 4 produced more roots in 2013 than the other sources (Figure 3). There were no other significant differences. 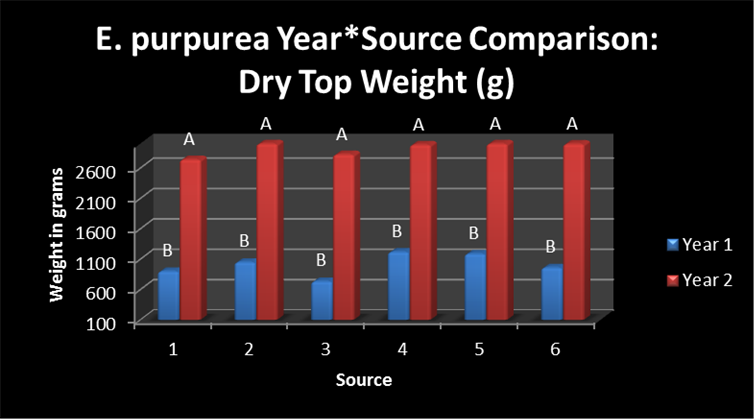 Figure 2. The top dry weight of E. purpurea among sources in both years. 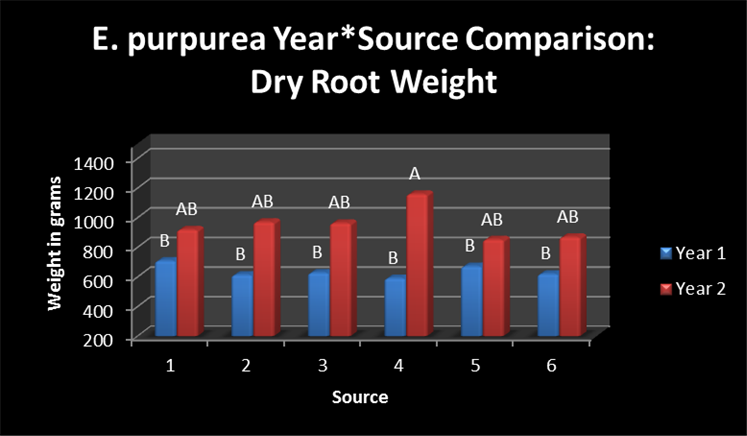 Figure 3. The dry root weight of E. purpurea sources in both years.

We gratefully acknowledge Nutrilite for the funds supporting these studies.