The seeds of E. purpurea from six sources and E. angustifolia from six sources (five from commercial seed companies and one from a private farm) were sown into the flats containing Fafard Super Fine Germinating Mix on April 4, 2012 at a commercial nursery in North Carolina. First signs of emergence for E. purpurea were observed around April 16, 2012 which is normal. First signs of emergence were not noted for E. angustifolia. Seedlings were transplanted to 72 cell flats with a Fafard 3b Mix substrate during the week of May 14th. E. purpurea and E. angustifolia seedlings were planted in June and July 2012, respectively, in the field sites in the southern mountains (Mills River) and upper piedmont (Reidsville) regions of North Carolina (Fig.1).

At each location there are two studies, one for each species. Each study is a split plot design with years as the main plots and sources as the subplots with three replications. Main plots (harvest year 1, 2, & 3) were divided into six different subplots for each species. One field was used in Mills River, but split in half to separate the species. The field size is 94’ x 265’. Two separate fields were used in Reidsville, one for each species. The size for each field in Reidsville is 116’ x 130’. In both locations, each individual plot contained 4 rows with 12 plants each, with data being collected from the center two rows, and the outermost rows being “guard” rows. Any diseases, insects, or other abnormalities encountered were diagnosed and treated (Fig. 2). Data were collected on growth stage, plant vigor, plant height, flowering date, number of flowers once every other week from July 25 to Oct. 19, 2012. At the late bud/few flowers open stage, aerial parts were collected, weighed, dried, reweighed, and shipped to Nutrilite for phytochemical analysis (Fig. 3). At the end of the growing season in 2012, roots from the Year 1 plots of each species at each location were harvested, washed, weighed, dried, reweighed, and sent to Nutrilite for phytochemical analysis (Fig. 4, 5, 6, 7, 8).

After one season of growth, E. purpurea grew faster and produced more biomass and flowers than E. angustifolia (Fig. 9, 10, 11, 12). The E. purpurea plants at Mills River were more vigorous, taller, and had larger top dry weights than their counterparts at Reidsville (Fig. 13, and 14). Flower numbers and root dry weights for E. purpurea, however, were similar between the two locations (Fig. 15). This may indicate that plant vigor and large top weights are not necessarily a predictor for increased root production in E. purpurea. In contrast, the top and root dry weights for E. angustifolia were similar between the two locations, but the Mills River E. angustifolia produced more flowers than those at Reidsville (Fig. 16). Some differences were noted among the seed sources, in particular, vigor and top dry weight for both species(Fig. 17) . This will be an issue for the industry when sourcing seed. The location differences are most likely due to the variations in climate, soil type, and fertility which will be examined as these studies continue. 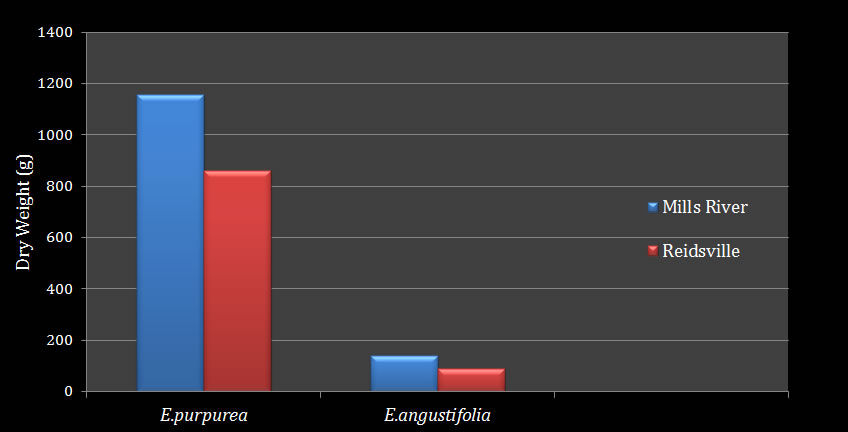 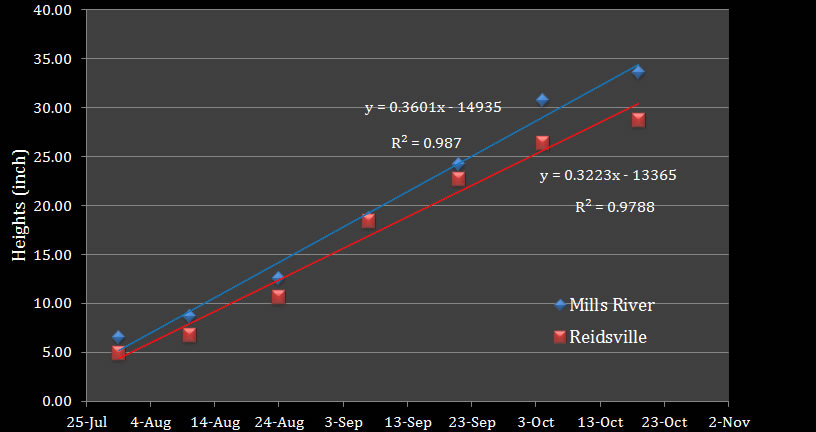 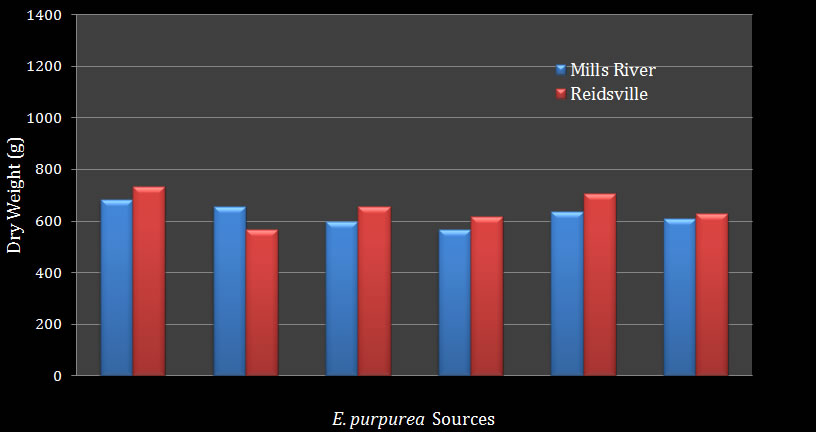 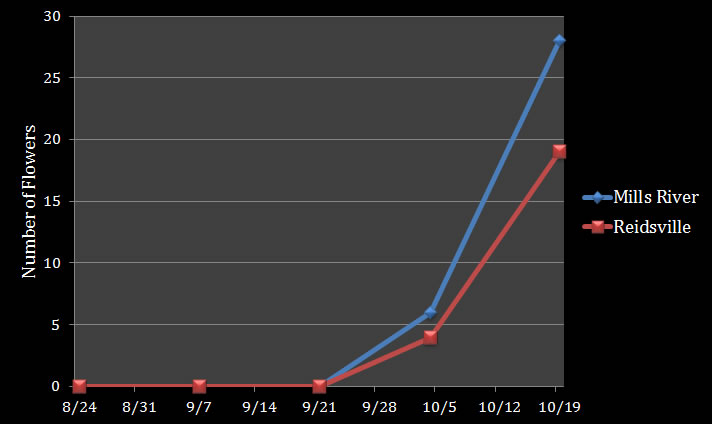 Fig. 16. Number of Total Flowers of E. angustifolia with Time at Mills River and Reidsville. 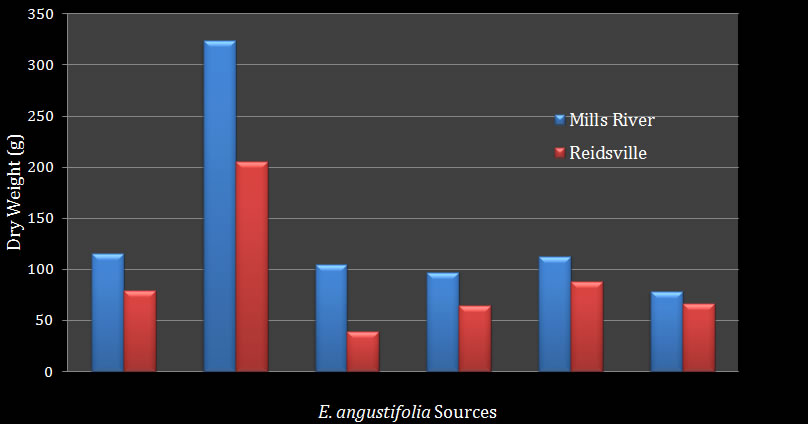 We gratefully acknowledge Nutrilite for the funds supporting these studies.