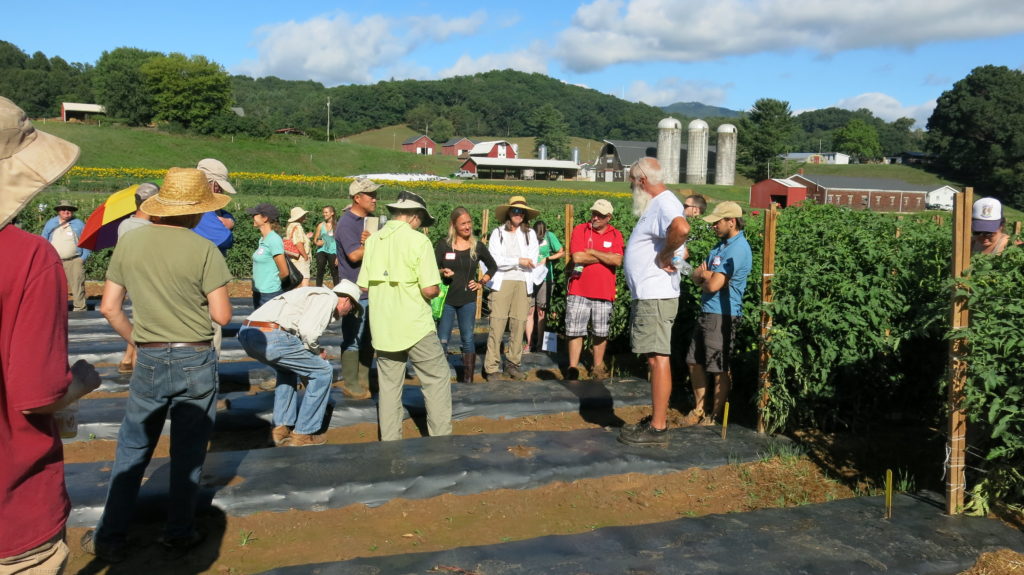 Western North Carolina hosts both a high concentration of the state’s organic farmers, as well as strong community support for locally grown, organic produce. For many years, organic farmers, non-profits, and extension agents requested that more organic research be conducted in the western part of the state.

Dr. Jeanine Davis, in the Department of Horticultural Science, has had studies in the Organic Unit every year since it was initiated. These have included studies on organic cucurbit and broccoli production. The cucurbit research was part of a multi-state federally funded project (USDA/OREI). The western NC part of the project started in 2014 and focused on identifying disease resistant varieties of melons, summer squash, and cucumbers. The broccoli research was conducted from 2010 to 2015 and was focused on identifying appropriate varieties for summer production of organic broccoli for WNC growers. That work was funded by the Organic Farming Research Foundation. Another recently completed project was a multi-state project led by the University of Tennessee and funded by a USDA/OREI grant to develop organic washing solutions for produce. Current projects include a multi-state organic tomato breeding and fungicide testing project and a multi-state organic vegetable (tomatoes, sweetpotatoes, Southern peas, summer squash) variety testing and insect control project, both funded by USDA/OREI grants; and vegetable variety testing done in cooperation with several organic seed companies. Educational workshops and field day events are held at the organic unit during the growing season.