Find this article at:
go.ncsu.edu/readext?466501
— Written By Jeanine Davis 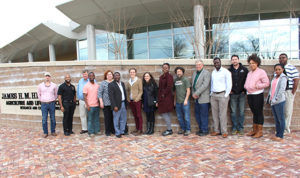 The College of Agriculture, Environment and Nutrition Sciences at Tuskegee University has been awarded a competitive USDA/NIFA grant of $2,000,000 to strengthen organic farming infrastructure in the Southeast. This multi-state, multi-disciplinary project includes the priorities of stakeholders for facilitating an organic agriculture initiative in the Southeast. The U.S. market for organic produce is estimated at $31.5 billion dollars.

With the exception of North Carolina and Florida, the Southeast remains behind in organic production and imports most of its organic produce from California, the Midwest, the Northeast, or Mexico. With high consumer demands, organic growers have the potential to grow organic foods and sell them at competitive prices in local farmers markets and to retailers, provided that they are backed up by strong research and extension support programs.
Dr. Kokoasse Kpomblekou, the project director, and colleagues said that there are urgent needs to help residents of the Southeast improve their diets and health. The Southeast has among the highest incidences of diet-related diseases in the nation. Major contributing factors are low consumption of fresh fruits and vegetables, excessive consumption of sugar-sweetened beverages, and a high percentage of residents with low income. Other contributing factors include a tradition of support for conventional farming techniques and lack of support for organic farming techniques in some of the land grant institutions and cooperative extension systems.
For consumers who demand organic foods, there are now a few grocery store chains that specialize in organic products. However those stores in the Southeast do not stock many locally grown organic products because they have not been able to source them. Consequently, there is a gap between demand and supply. For example, Alabama lacks statistics regarding the demand for organic foods because almost no research has been conducted regarding the amount of money Alabama consumers spend on organic produce at these grocery stores. This is a vital research need that will be accomplished with this grant.

A consortium of agricultural institutions in the Southeast, led by Tuskegee University, has come together with the aim of facilitating the development of a strong and vibrant organic farming industry in the Southeast through consumer education, market development, and effective educational support for farmers and extension personnel. Through the project, these partnering institutions (Auburn University, Mississippi State University, North Carolina State University, Alabama Sustainable Agricultural Network and Oregon State University) will provide research and extension support needed to strengthen organic farming infrastructure in the Southeast, create economic opportunities for limited-resource organic producers, and contribute to long-term profitability and sustainability of organic agriculture. 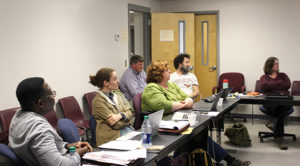 Dr. Jeanine Davis in the Department of Horticultural Science at North Carolina State University will lead the extension efforts for the project.
(this is a slightly edited version of a press release from Tuskegee University)
share Share This Article