Why Is Jeanine Davis at NC State University Interested in Biodynamic Agriculture?

Find this article at:
go.ncsu.edu/readext?466553
— Written By Jeanine Davis 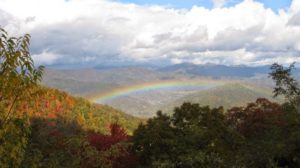 1/3/2021 – I wrote the article below seven years ago because I received some “push back” for my interest in Biodynamic farming. That interest has not waned. I would very much like to see more solid research done on the topic. Unfortunately, my program has not been successful in finding funding to support that research. Yet.

11/6/2014 – ​As I prepare a proposal to train extension agents and other agricultural educators/professionals about Biodynamic farming, I am getting questions about why I am spending my precious time on this “mysterious” form of farming. Here is a short piece I wrote to address this question last year:

There is a rising demand for biodynamic food in the United States. Much of this demand is being led by Whole Foods (Brady, 2013) who has asked some of the manufacturers of the brands they carry to create Biodynamic lines of their products. In April 2013, Demeter, the organic and Biodynamic certifying organization, met with the Whole Foods Grocery Team and Marketing staff in Austin, TX to update the Biodynamic Business Development Initiative. Large organic processing companies, such as Brad’s Raw Foods and Amy’s Kitchen, that have close relationships with Whole Foods are responding by seeking Biodynamic farmers to grow their ingredients. Both of these processors have approached us about conducting research on Biodynamic agriculture and working with local farmers to produce Biodynamic vegetables.

Biodynamic agriculture is popular in many other countries, most notably Germany, Italy, India, and the United Kingdom (Paull, 2011; Phillips and Rodriguez, 2006). Demeter certifies thousands of Biodynamic farms around the world including 1,431 farms (168,508 acres) in Germany, 325 farms (22,246 acres) in Italy, 131 farms (17,766 acres) in Egypt, and 111 farms (2,759 acres) in the United States (Demeter, 2013). Biodynamics in the United States is really in its infancy. The only main stream Biodynamic products widely available to consumers here are wines. In August 2013, Jeanine Davis and representatives from Demeter, Brad’s Raw Foods, and Rodale Institute held a Biodynamic conference at the NC State University facility in western North Carolina. Over 100 farmers, agricultural educators, and university administrators attended the conference. A follow up survey indicated a high level of interest among the farming community in producing Biodynamic crops on a wholesale level.

Biodynamic agriculture is based on the teachings of the Austrian writer, educator, and philosopher, Rudolf Steiner. He introduced the concept to the public in the 1920’s. “Steiner came to the conclusion that western civilization would increasingly bring destruction to itself and the earth if it did not begin to incorporate an objective understanding of the spiritual world and its interrelationship with the physical world.” (Biodynamic Farming and Gardening Association, 2013b). “Biodynamic farmers strive to create a diversified, balanced farm ecosystem that generates health and fertility as much as possible from within the farm itself. Preparations made from fermented manure, minerals and herbs are used to help restore and harmonize the vital life forces of the farm and to enhance the nutrition, quality and flavor of the food being raised. Biodynamic practitioners also recognize and strive to work in cooperation with the subtle influences of the wider cosmos on soil, plant and animal health. Most Biodynamic initiatives seek to embody triple bottom line approaches (ecological, social and economic sustainability), taking inspiration from Steiner’s insights into social and economic life as well as agriculture.” (Biodynamic Farming and Gardening Association, 2013a).

Although there has been a fair amount of research on Biodynamic agriculture starting in the 1920’s, much of it does not meet the current standards for rigorous, scientifically valid, refereed research. Much of it is also focused on compost and soil factors, with less on plant yield, quality, and disease and insect resistance (Turinek et al., 2009). Because much of the research was conducted in countries outside of North America, there is also skepticism about its validity here. A very recent review of Biodynamic agriculture concludes with the following statements, “Scientific testing of biodynamic preparations is limited and the evidence that addition of these preparations improves plant or soil quality in an organically managed landscape is still in debate, but many organic practices, commonly used in organic and biodynamic farming systems, are scientifically testable and can result in improved soil and plant health parameters. The academic world needs to address the explosion of pseudoscientific beliefs and help non-academicians become more discerning learners, but at the same time it must be open to a more holistic approach in the study of agricultural systems.” (Ponzio et al., 2013).

Many certified organic growers in western NC are interested in Biodynamic production because it appears to be a much lower-input systems approach than organic agriculture. It is also supposed to be more economical and make better use of on-farm wastes. Biodynamic farming is a form of organic farming that is often looked at as “going another step further” in producing an environmentally sound production system. The wider adoption of Biodynamic practices in agricultural systems in the United States could potentially provide expanded high-value market opportunities for farmers; reduce the use of manufactured fertilizers and pesticides, both organic and conventional; and have a positive social impact because of the community engagement aspects of making preparations and sharing equipment and manures.

Jim Fullmer from Demeter wrote “As a Biodynamic farmer, and Director of Demeter in the USA, it is clear that there are wonderful opportunities for Biodynamic products in the US. National retailers, such as Whole Foods, now seek Demeter certified Biodynamic products and the current domestic supply of produce and ingredients does not meet the current demand. The concept of a Biodynamic farming system is not a new and, in fact, is over 90 years old and practiced worldwide. In addition to the tenants of certified organic agriculture core to the Biodynamic method is the idea of a farm being a self-sustaining system that generates its inputs out of the life of the farming system itself rather than being dependent on importing such inputs from outside. Such a concept not only avoids dependence on extracting natural resource, it also generates new natural resource on a local level. Such a system not only generates high value in the marketplace for the farmer it also has strong social value due to its efficiency in producing food and its focus on more than just maintaining natural resource but also creating it. Over the past 90 years there has been research done on Biodynamic farming systems all over the globe. Much of it in different languages and decades old. There has been a small amount of peer reviewed research done in the US but much more is needed in order to better understand and to educate on this historic and international approach to agricultural production.”

Biodynamic Farming and Gardening Association. 2013a. What is biodynamics? Accessed on November 10, 2013. https://www.biodynamics.com/biodynamics.html.

Biodynamic Farming and Gardening Association. 2013b. Who was Rudolf Steiner? Accessed on November 10, 2013.https://www.biodynamics.com/steiner.html.