The Cornell Formula Fungicide: An Example of Why You Need to Check Out Your Internet Information Sources

Find this article at:
go.ncsu.edu/readext?466706
— Written By Jeanine Davis 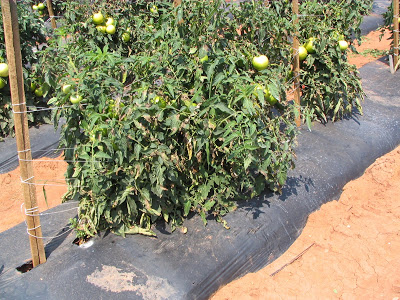 5/5/2021 – I wrote this post eleven years ago, but it still remains popular. So I will try to keep it updated for you. Note, however, that Greencure is no longer available. It appears the company H&I Agritech is no longer in business. There are now, however, many more organic and OMRI approved fungicides available, including MilStop which is formulated with potassium bicarbonate as Greencure was.

7/6/2010 – Last week on the N.C. Cooperative Extension Horticulture Agents listserv, there was a discussion about homemade fungicides and whether extension agents should recommend them or not. The infamous “Cornell Formula” fungicide was mentioned as an example. If you Google “Cornell formula fungicide” thousands of results are presented. Many of these tell you how to mix up and use this miracle fungicide that was, they claim, developed by Dr. Ken Horst, a pathologist at Cornell University. Many of the sites come across as credible sources of information. But look at some of the other results that come up and you will see a discrepancy. Many of those results start out with “Dispelling the Myth of the Cornell Formula Fungicide”. Those explain that there really is no “Cornell Formula” fungicide and that information on an incomplete experiment was distributed over the Internet and has kind of taken on a life of its own. The bottom line is that the “Cornell Formula” fungicide doesn’t work and can actually damage plants. I have reprinted the press release about that below. And thank you, Gary Pierce, Harnett County Agent, for bringing that press release to our attention.

My point here is, there is so much “information” available to us now via the Internet. Anyone can post anything they want to. You don’t have to be an expert to put up a website or blog and start giving out advice. Please take the time to do a little research, dig a little deeper, find out the qualifications of the person/website providing the information, and check their sources. In the case of farming and gardening, most always, the information you get from universities, Cooperative Extension, USDA, and professional organizations is valid. There are also some really excellent personal, small-business websites providing information, too, but among them are people with very limited knowledge providing a real mix of fact and fiction. They often have no professional education or training and/or very limited experience in the area they are professing to be an expert on. And I’ve found that some media sources, including radio and television, are also guilty of this. So check that out next time you turn to the internet for advice. If you want to learn how to manage late blight on tomatoes, do you want to get that advice from someone who has a PhD in pathology and has been working on tomato diseases for twenty years or from (and this is just an example that I made up) someone with a MBA, who is an expert in business, but just recently developed a passion for gardening and created a website to share his new found knowledge?

By the way, Dr. Ken Horst did go on to get a number of patents for fungicides that were available for home gardeners and commercial growers.

And here is that press release I told you about (as provided on Dr. Horst’s H & I Agritech website). The last few paragraphs were a “sales pitch” for the products sold by the company and were deleted from the press release:

Dispelling the Myth of the “Cornell Formula” Garden Fungicide
Erroneous information has led to the use of ineffective homemade formulas.

Ithaca, NY, February 8, 2006 — Inconclusive information that originated out of isolated results from scientific trials has found its way into the public domain where it contributes to the myth that concoctions and mixtures of sodium bicarbonate, oil, water and soap are a recommended “Cornell Formula” fungicide. There is no such formula.

“With the advent of the Internet,” says Dr. Horst, renowned plant pathologist from Cornell University and President of H & I Agritech, Inc., “The myth of the so-called ‘Cornell Formula’ continues to spread and I feel that the record needs to be set straight. Many of the formulas that are promoted in articles and forums are simply inferior and may have adverse health and environmental impacts.”

Many of these so-called formulas have very limited benefit and some of these recipes can even result in phytotoxicity or burning of the leaves. For example, baking soda and water by itself has limited benefit because it does not spread evenly across the surface of the leaf and easily washes away. The use of oils or soaps to spread and stick the bicarbonate can lead to an unwanted build-up of chemicals, alter soil pH levels and increase the potential of phytotoxicity.

For example, many of the formulas that are repeated on websites, in articles and various publications call for the use of dishwashing soap or other detergents. Adding in soaps that are comprised of a laundry list of chemical ingredients may not be wise. Most soaps now have anti-bacterial chemicals such as Triclosan that could kill necessary bacteria in the soil and may be detrimental to nutrient absorption. Accumulation of these chemicals in or on treated vegetables may not be healthy. Many soaps also have degreasing agents and other chemicals that may not be useful or safe when used as a plant spray.

Stories about the efficacy of baking soda in controlling garden fungi have circulated for many years. Its use is a welcomed alternative to other fungicides because bicarbonates, both sodium bicarbonate and potassium bicarbonate are recognized as safe food additives and do not have adverse environmental impacts. It’s no wonder that baking soda-based formulas have been so eagerly passed along among ornamental and organic gardeners.

In 1985 Dr. Ken Horst began research into the efficacy potential of bicarbonates. The research was intended to quantify the true efficacy of bicarbonates, identify their mode of action and determine the most effective use of these compounds.

Several years of research resulted in some significant and surprising discoveries. “The research demonstrated the ability of bicarbonates to effectively inhibit and kill mold spores and determined that potassium bicarbonate was 25 to 35 percent more effective than sodium bicarbonate (baking soda),” says Horst. The research further indicated that a spreader-sticker mechanism was required in order to control and maintain the effectiveness of the bicarbonates. “Without a spreader-sticker,” adds Horst, “You don’t get complete coverage of the leaf which is necessary to prevent or cure fungal diseases.”

During the years of research many spreader-sticker systems were tested, including the use of horticultural oil as an additive. This resulted in better control of the solution and proved more effective than water and bicarbonates alone, unfortunately the test results also showed that horticultural oil as an additive had many negative characteristics.

Negative characteristics of horticultural oil as an additive to bicarbonates include:
*Repeated use for several weeks causes phytotoxicity
*It results in an oily residue building up on the leaves, fruits and vegetables
*There is an occasional visible crinkling of the leaves
*The oil separates rapidly from the water making application difficult
*The use of such an oil may not be ideal from an environmental standpoint; it could increase the hydrocarbon loading of the air and in ground water

For these reasons and others, horticultural oil was rejected as a spreader-sticker. In order to find a safer, more efficient additive, more than 350 spreader-sticker systems were evaluated. Highly effective spreader-sticker additives were discovered which increased the efficacy and reliability of bicarbonates for use on ornamentals, vegetables and fruits. Additional research was done on a wide variety of plants and quantitative results were determined for a broad spectrum of fungal diseases. Ultimately, a combination of spreader-sticker additives in very specific quantities was found to be significantly more effective than all other alternatives.

(the rest of the article was about GreenCure, a patented formula that was distributed by H&I Agritech.The active ingredient in GreenCure® is potassium bicarbonate, which is listed by the U.S. Food & Drug Administration (FDA) as generally recognized as safe (GRAS). )